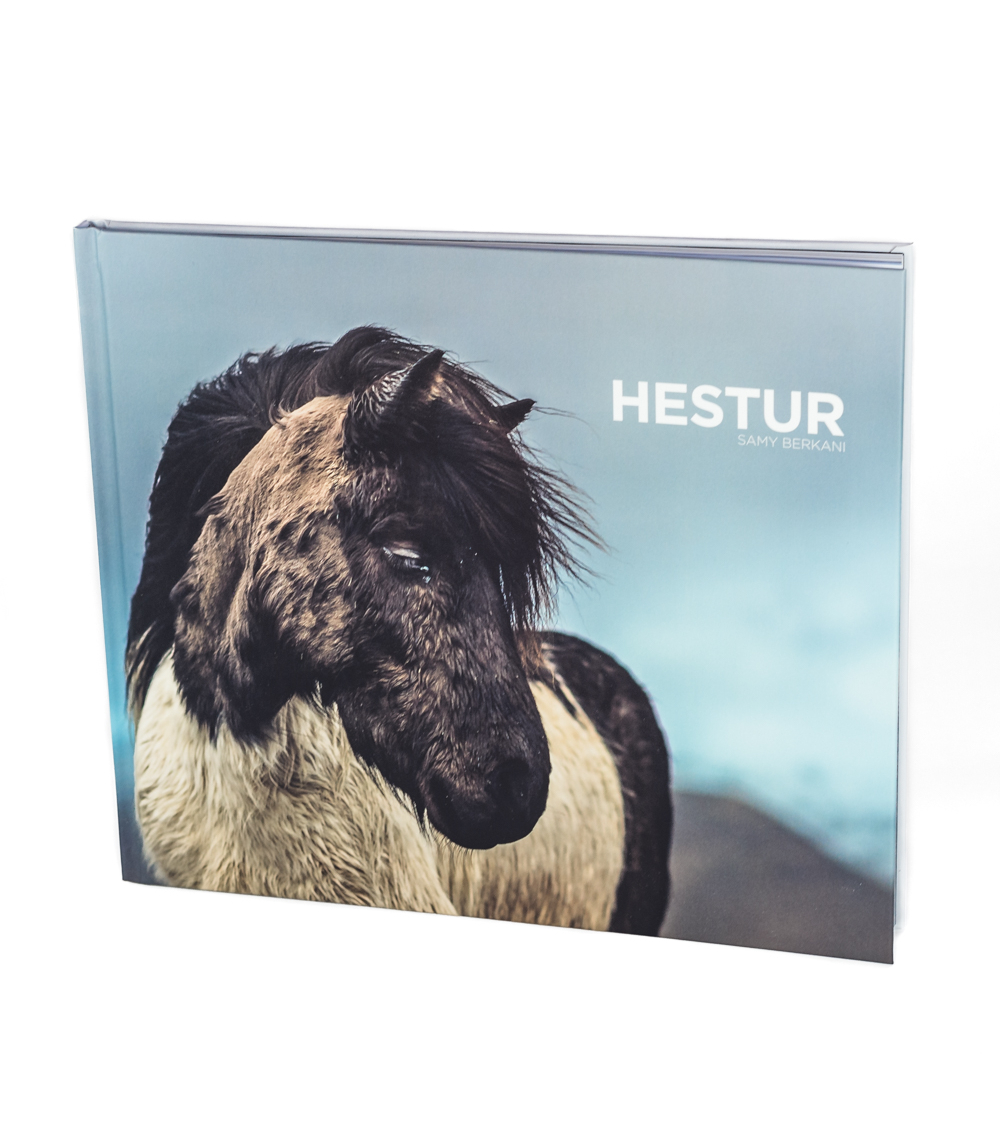 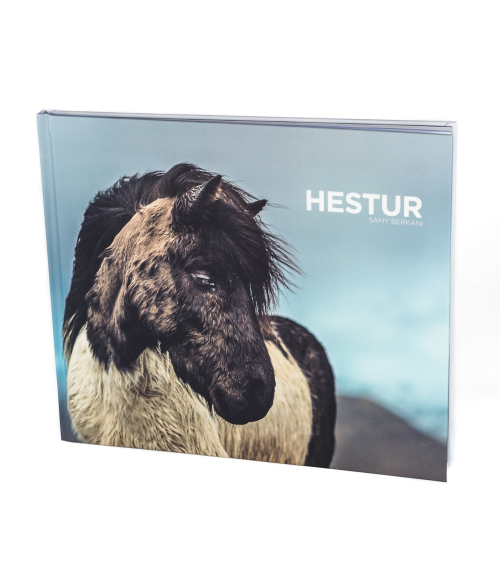 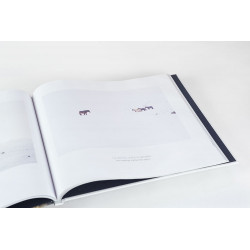 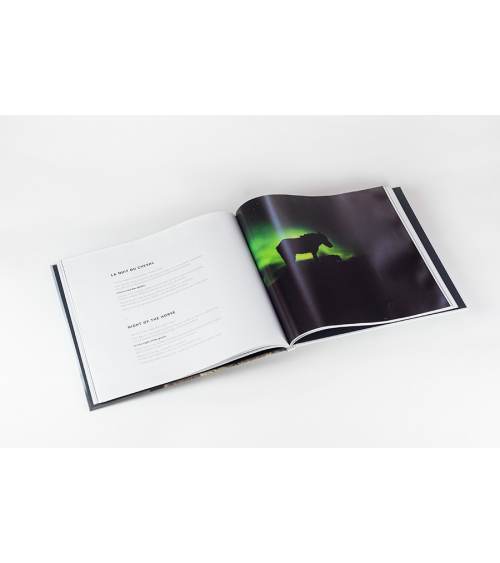 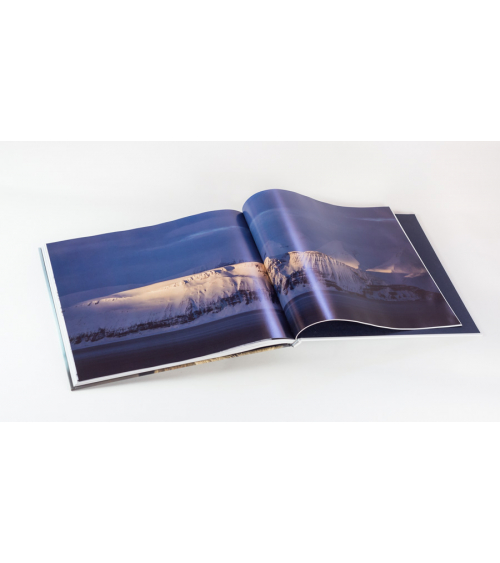 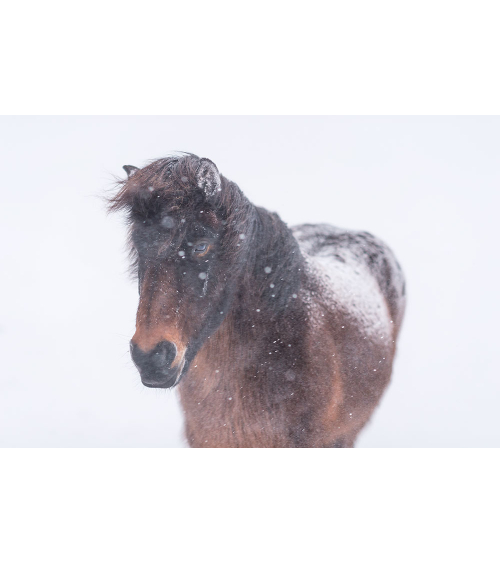 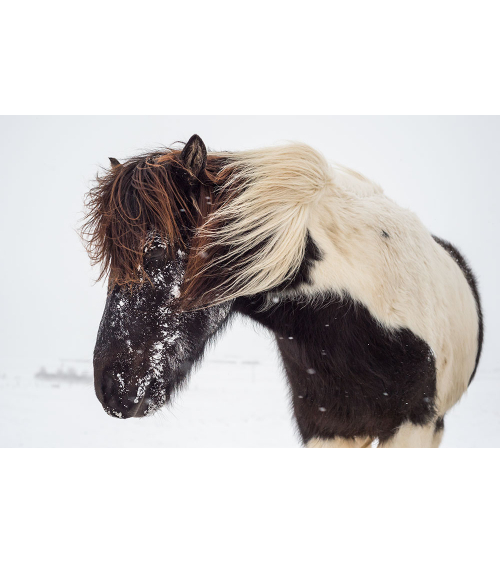 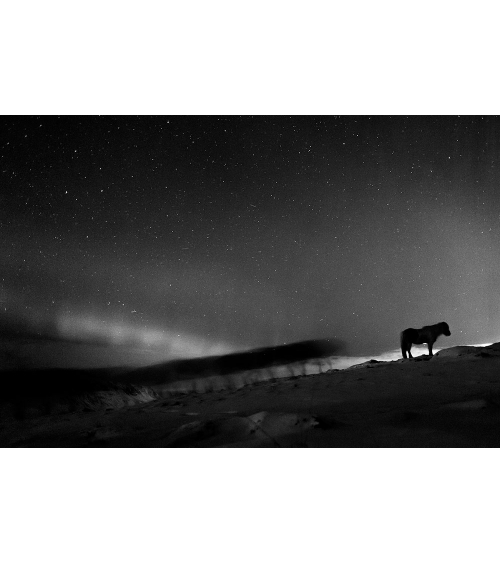 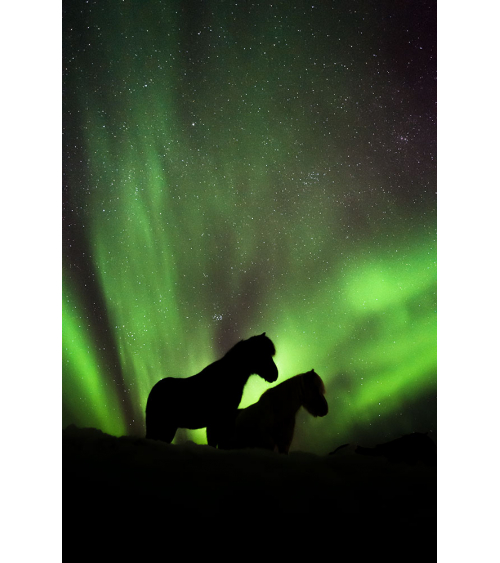 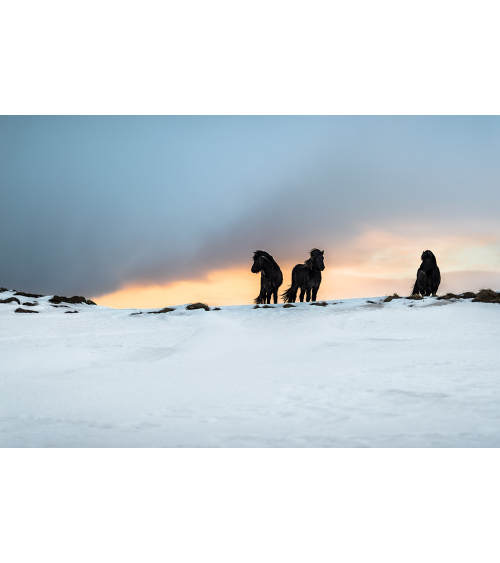 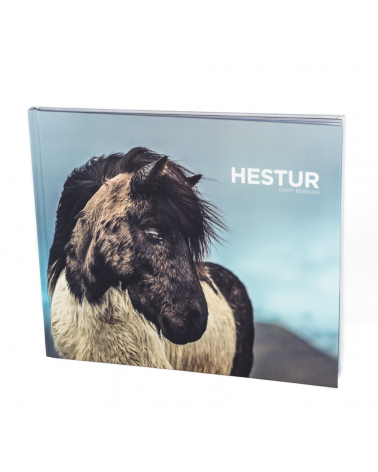 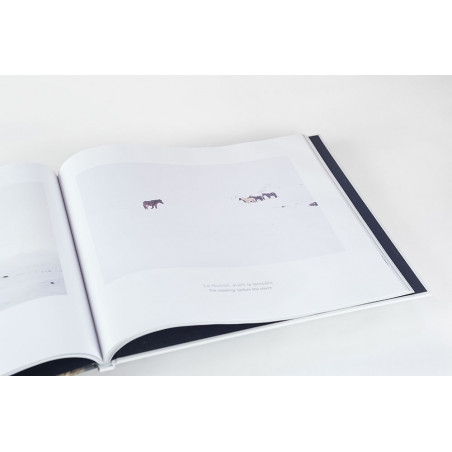 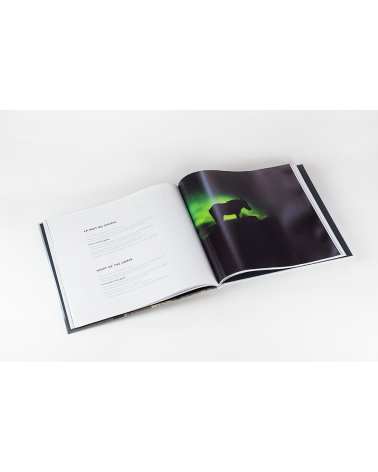 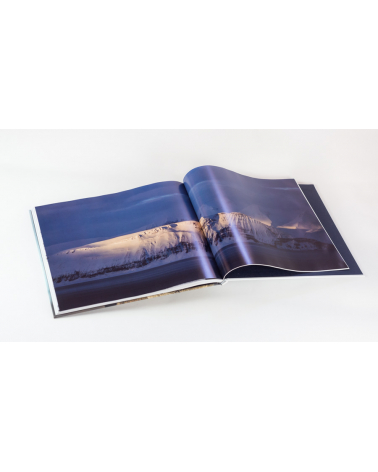 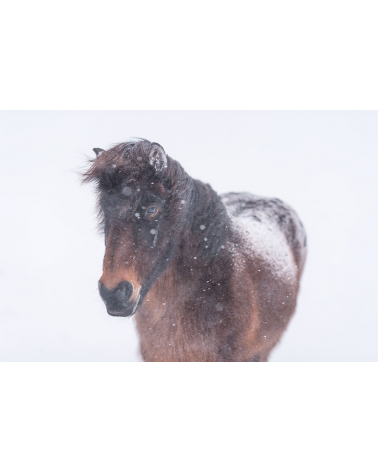 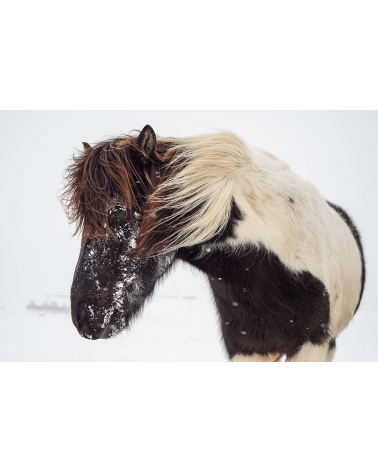 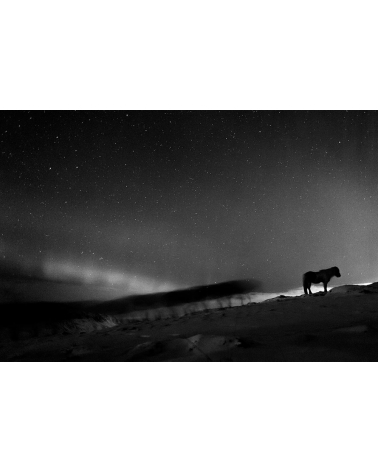 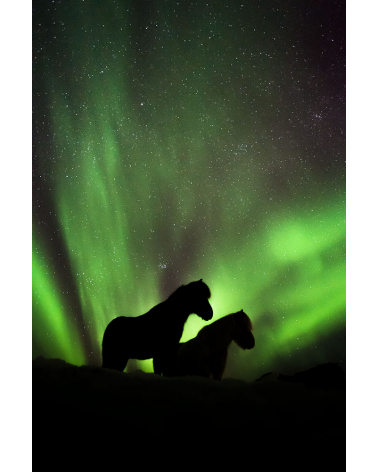 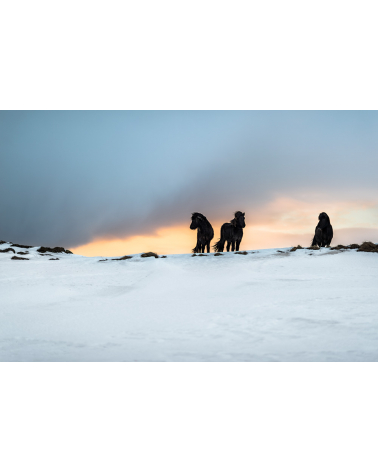 Hestur is a 112-page photo book. There are 77 photographs accompanied by poetic texts. It traces the history of the Icelandic horse through the centuries, the seasons, and takes us to the end of the Icelandic night with rare images of horses under the northern lights.

Icelandic horses are the descendants of the Viking horses, who were the first to colonize the island. Horses from other regions were also imported by Irish and Scottish settlers. Early, he Icelanders have introduced the ban on importing horses on the island, which has preserved this race intact.

In a millennium, natural selection has done its job, eliminating the most fragile horses, and favoring the most resistant. The horses adapted and became rustic and of great beauty.

The horse is a very important part of Icelanders' lives. It is also found in sagas and Nordic mythologies. Odin, the god of the Viking gods, had a horse with eight legs, able to fly through the air and cross the seas.

Samy Berkani went to meet Hestur (which means horse in old Norse). For two winters, he has rubbed shoulders with these horses in all the conditions that Iceland can experience: soft snowflakes, strong winds, blizzard, and until the end of the night under the northern lights. The book Hestur is a poetic mass of this adventure.

Partners of the book Hestur

 Be the first to write your review!



 Can not login without email!

 Can not login!

Please contact with us or try to login with another way

Thanks for logging in